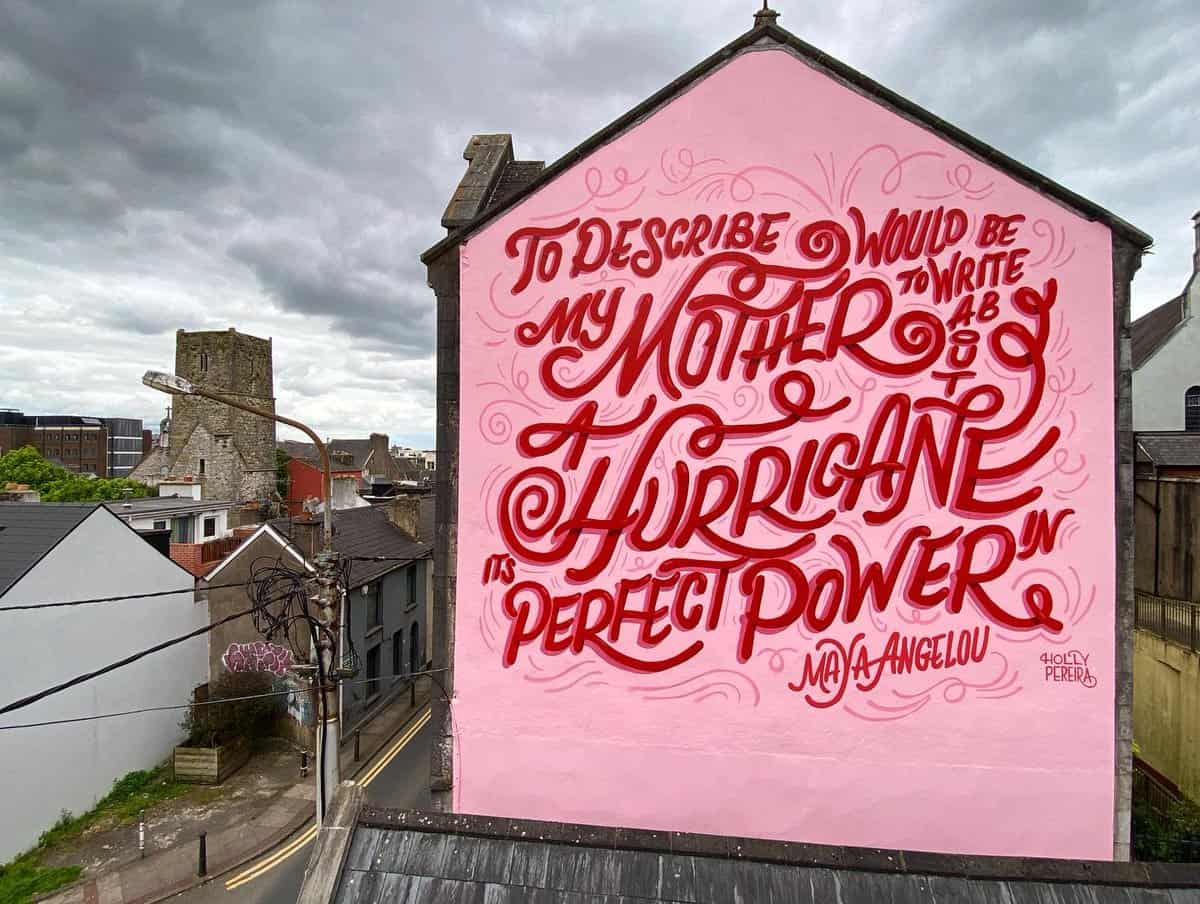 And still, I rise…

Against some very harsh odds, women have made a huge contribution to the culture and community in Cork.

From Mother Jones and Mary Elmes to Joan Denise Moriarty and Nano Nagle, we’ve long been blessed with inspirational and rebellious women to look up to. And who, in their time, faced fierce opposition to realise their ambitions and dreams.

In the spirit of inspirational women, two new murals have popped up in the city, both celebrating those who have made a huge impact- not just locally but internationally.

The mural reads: “To describe my mother would be to write about a hurricane in its perfect power.”

The latest addition to the city centre art collection was executed by Irish-Singaporean muralist and illustrator Holly Pereira, who has created artworks all over the country; most notably a Yes for Repeal mural during the abortion referendum.

“The artwork was a culmination of workshops with St Vincent’s Secondary school and celebrates young women who lived in the area 100 years ago as well as today.

“The piece depicts four young women. Two from the past and two from the present. Nora O’Sullivan and Sara Duggan were both involved in the struggles for Irish independence, while the other two faces are of Transition Year students in St Vincent’s,” explained a representative for Ardu Street Art Project.

The new piece, by artists Shane O’Driscoll and Peter Martin now lights up Wolfe Tone Street on the north side of the city. 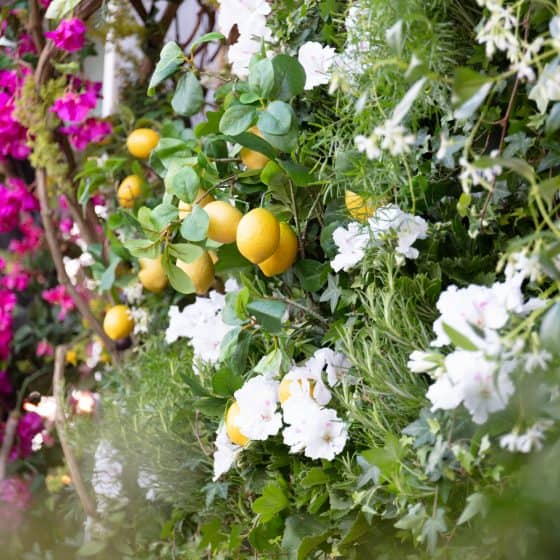 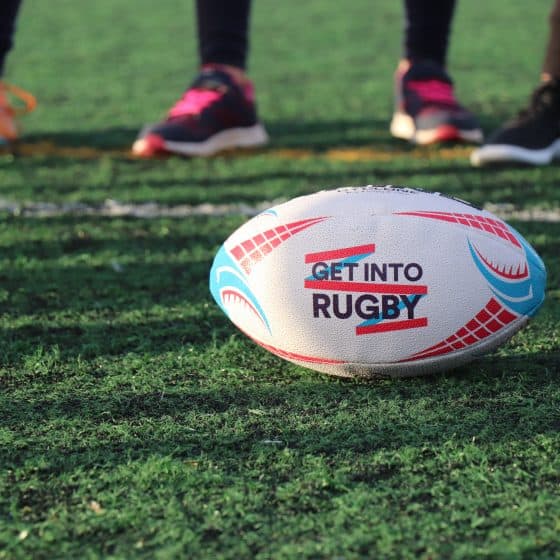 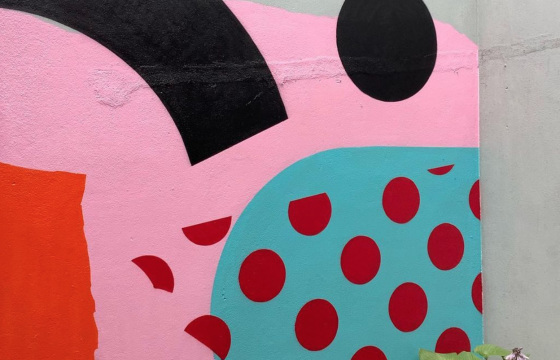 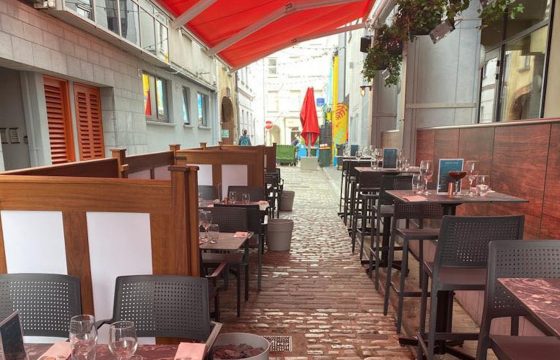 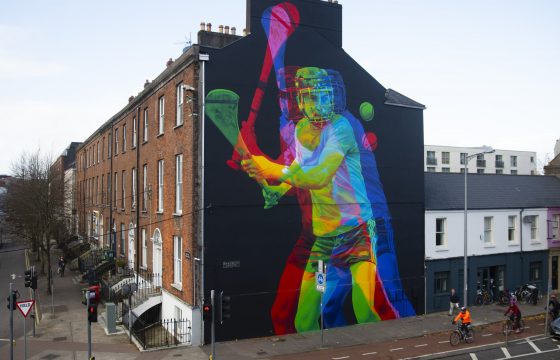