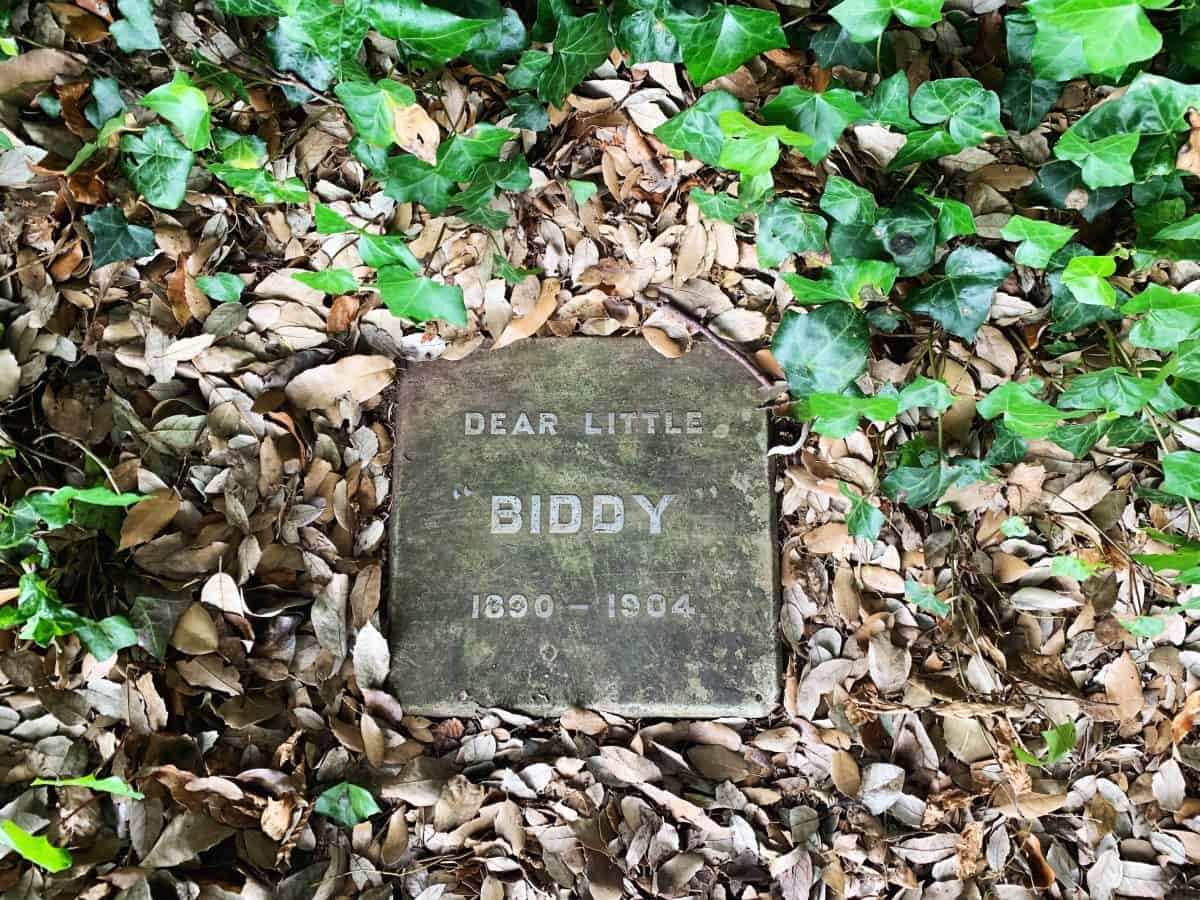 You’ll need to look closely to find it.

But in a shade of a small copse of trees beside the grand facade of Fota House, a little group of tombstones remember the beloved pets of the Smith-Barry family, who made Fota their main residence in the 1820s.

Three engraved stones erected in memory of the animals, adored by the residents of the 70-room Regency mansion, are hidden beneath the greenery and fallen leaves. 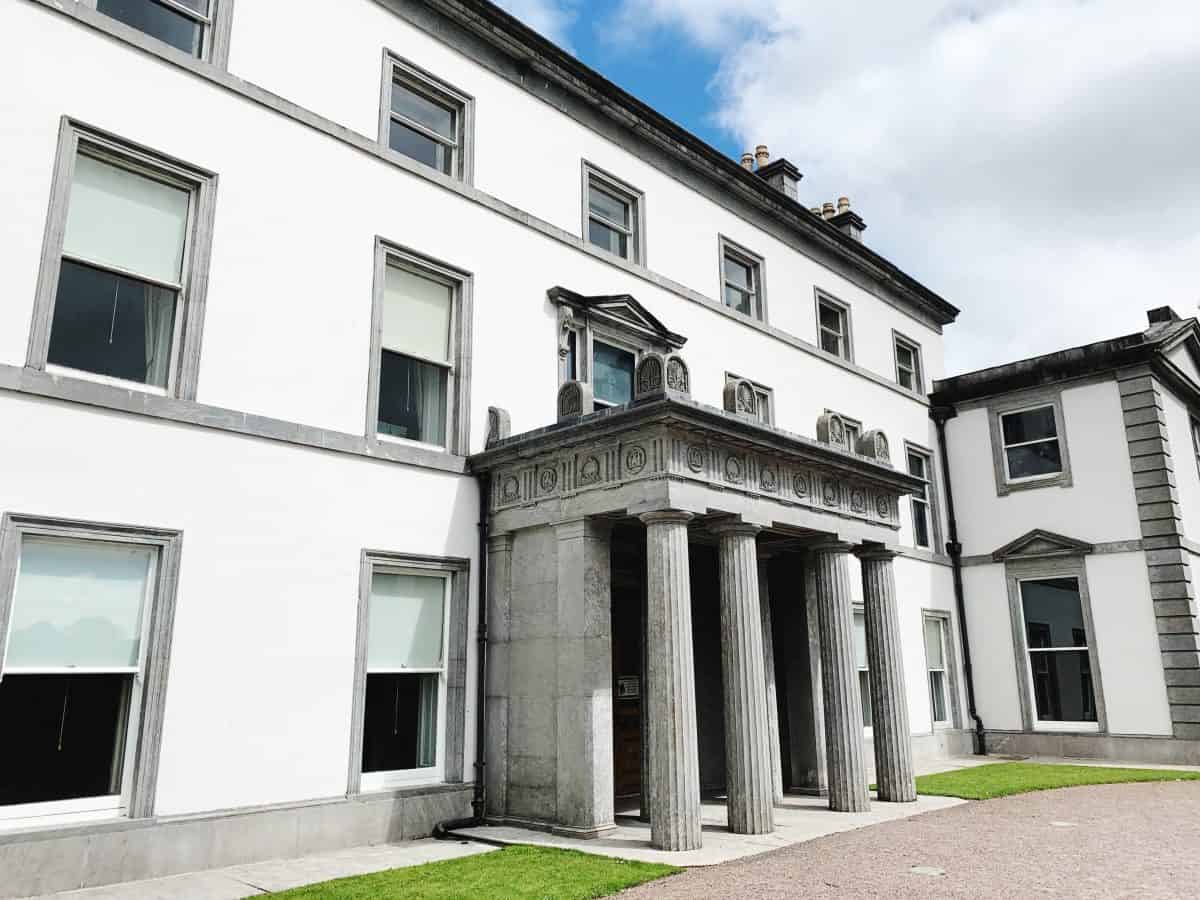 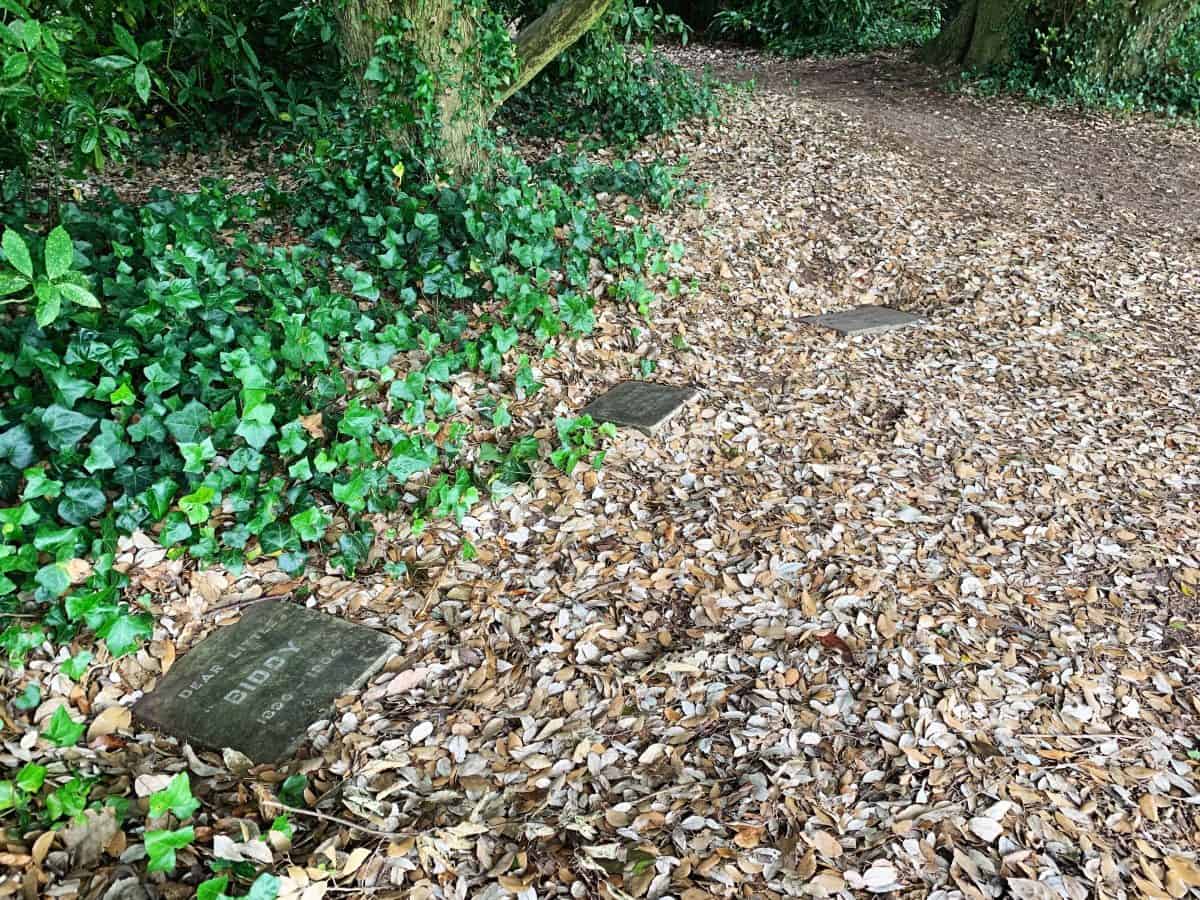 The first is a tribute to ‘Dear Little Biddy’ who lived at Fota from 1890 until 1904. It is not known what species Little Biddy was, but we’re guessing she was a dog or a cat.

‘My Russy’ arrived the year of Biddy’s departure, roaming the property from 1904 until 1915. There’s no record of when, exactly, Mr Landy joined the family, or what breed he was, but he was ‘much regretted’ by 1925. 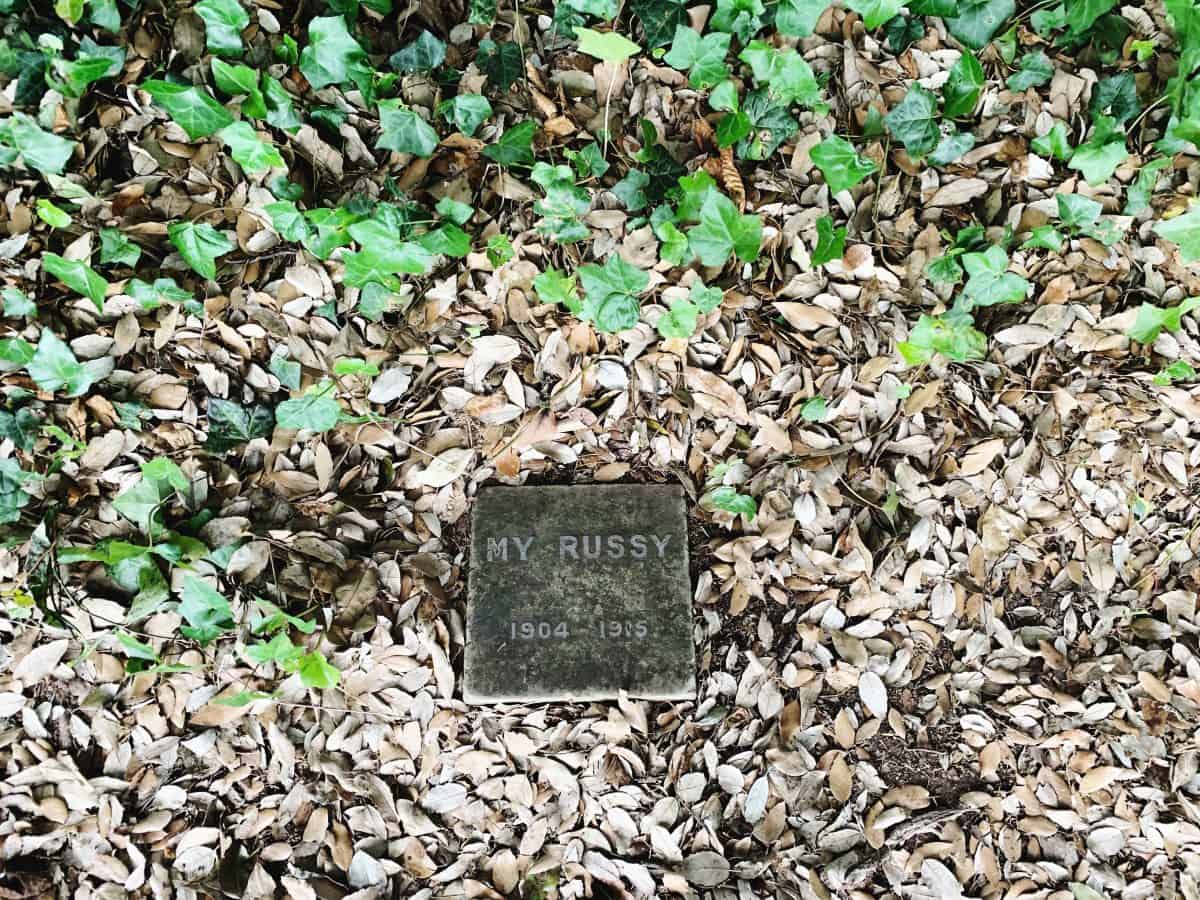 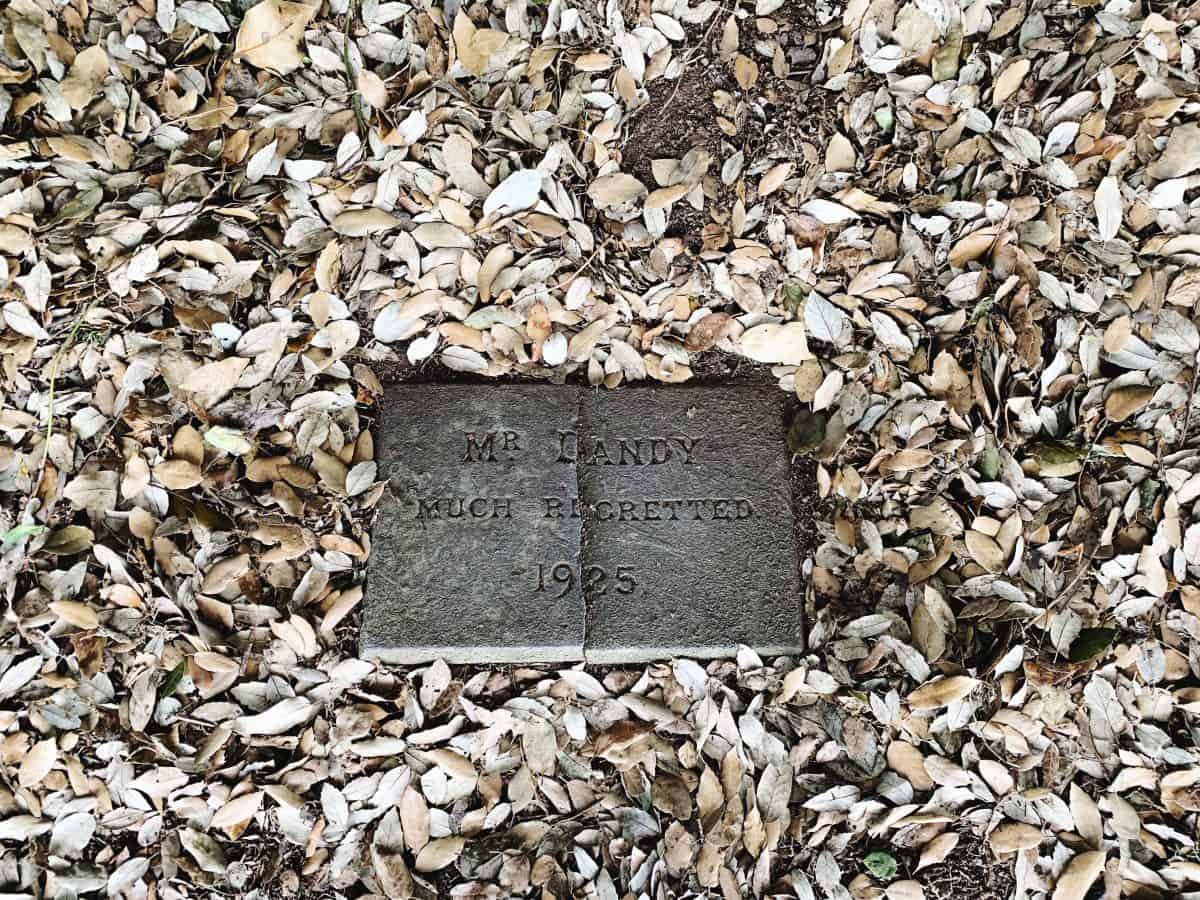 How to find Fota’s pet cemetery

With 780 acres to choose from, the family allocated a quiet spot right outside their home for the eternal resting place of their pets.

When you’re facing the front of Fota House you’ll see some trees and large bushes to your right. Head towards the path through the woods but stop just before it and look on the ground to the left.

Fota House is not unusual in having a pet cemetery in the grounds. At Powerscourt Estate in County Wicklow, the Wingfield and Slazenger families created the largest pet burial ground in any private Irish garden.

The headstones, which can still be seen today, feature detailed and personal tributes to a variety of pets including children’s ponies ‘Tommy’ and his wife ‘Magic, ‘Eugenie’ the Jersey cow who had 17 calves and produced over 100,000 gallons of milk, ‘Mrs Mare’, ‘Little Bots’ and ‘Doodles Chow’.

At Kilkea Castle in Kildare, Lord Walter Fitzgerald also commissioned handsome limestone tombstones as a tribute to his pet dogs, Shaun and a Dandie Dinmont Terrier called ‘Jessie’ who the inscription describes as “more faithful to him than her master’s shadow.”

At Kilkenny Castle, the Marquis of Ormonde erected a carved gravestone in memory of his dog, Sandy, a loyal companion for 17 years. 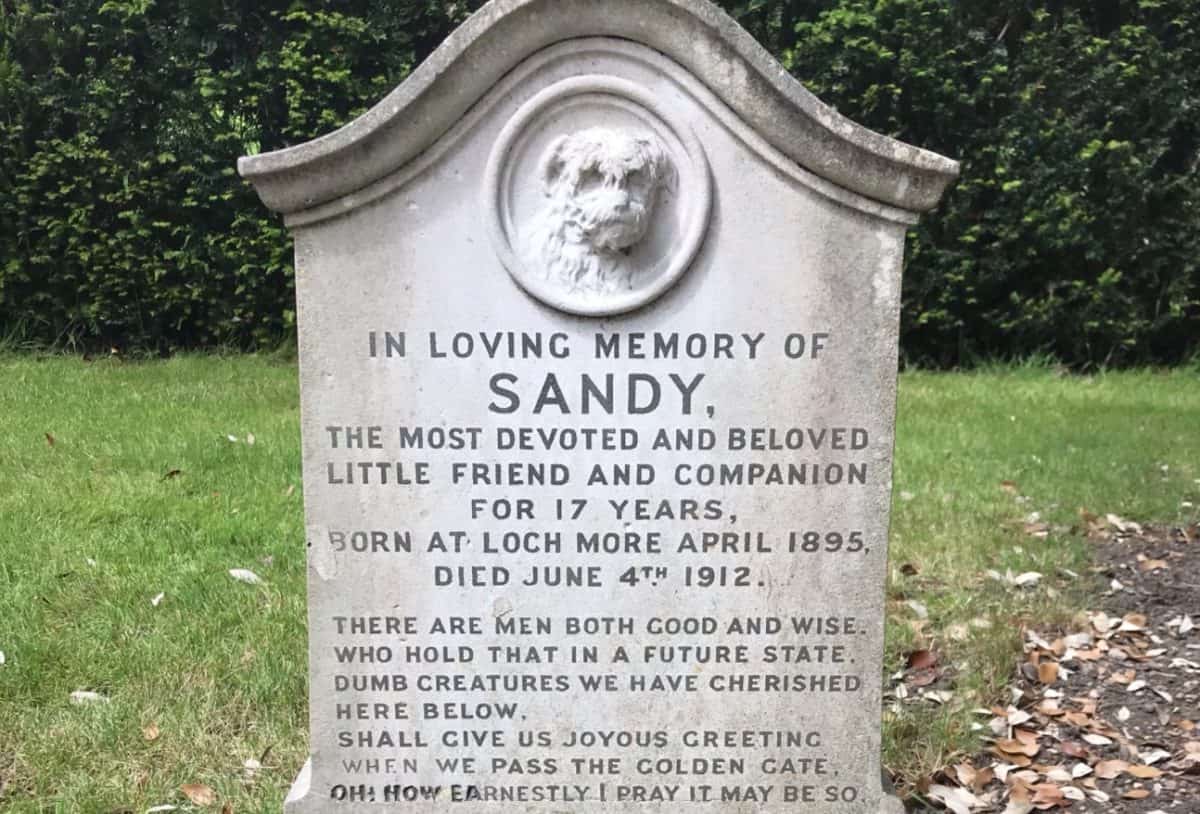 The Wilson family, who owned the now-demolished Currygrane House in County Longford also chose a spot near their front door for a pet cemetery.

Fota House and Gardens are free to visit, with tickets available for tours inside the house itself. The Bakestone Café serves takeaway coffee and snacks daily (11am-5pm) so you can sip an Americano on the lawn or enjoy it while you ramble through the gorgeous Walled Gardens and Arboretum. 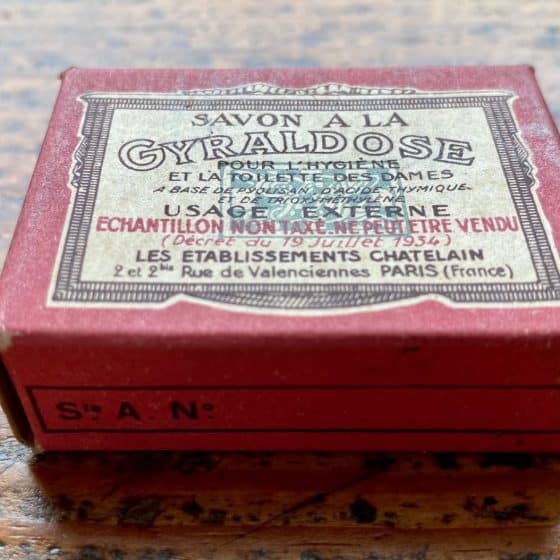 Hidden Treasure: This 87-year-old bar of soap was found in an old French bedside locker

West Cork is trending. Here are 12 gorgeous Tweets that will make you want to hit the road 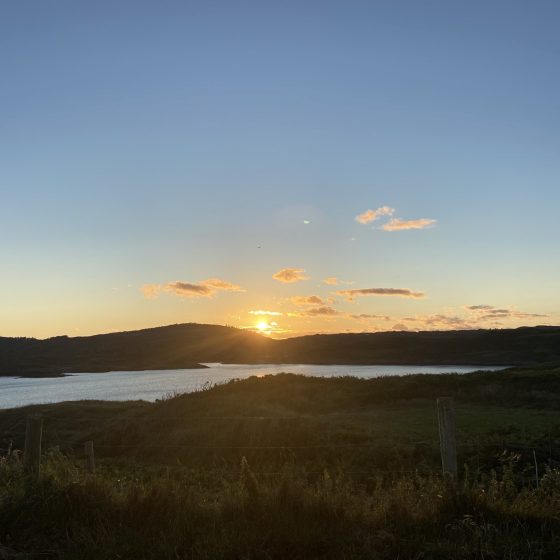 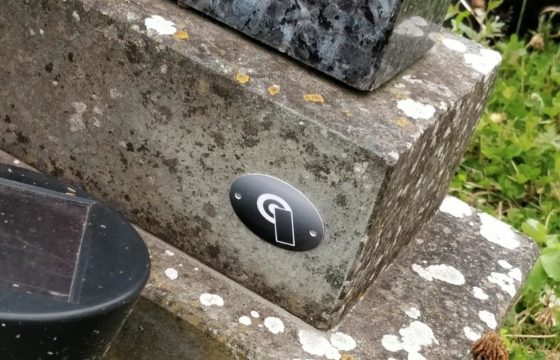 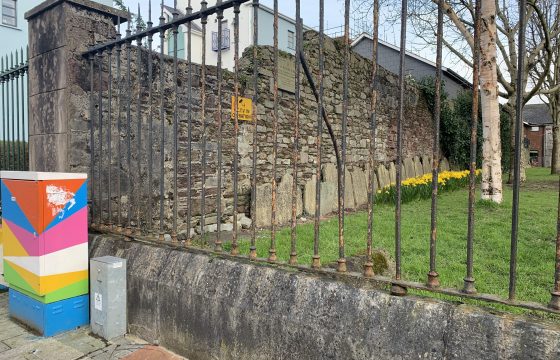 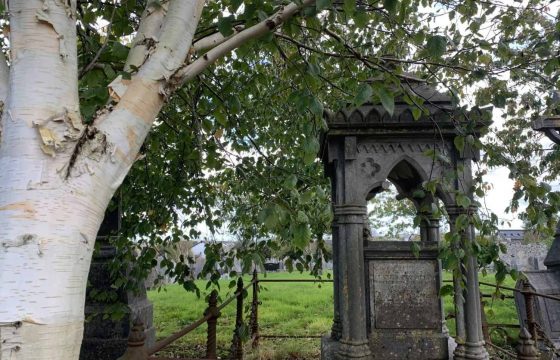 Cork’s mysterious Botanic Gardens have vanished (but parts remain, among the graves)