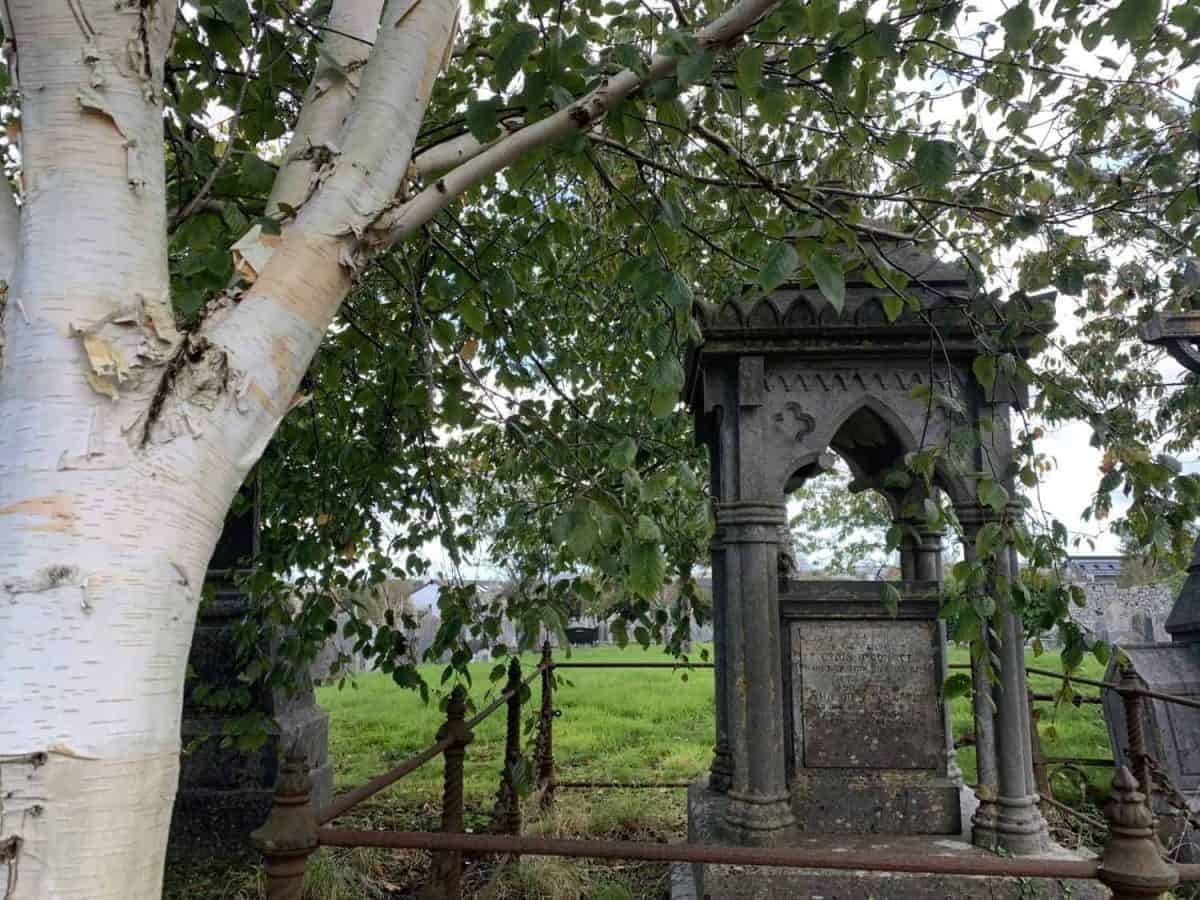 It’s a part of Cork history that has almost disappeared.

But this is more than your run-of-the mill graveyard. There’s a haunting of something special in the name of the street opposite – Botanic Road.

Before it became Saint Joseph’s Cemetery, this was the location of Cork’s own Botanic Gardens.

The Royal Cork Institution, a cultural society that was active in Cork at the time, had lofty ambitions for the Cork Botanic Gardens, which opened in 1808 on a five-acre site known then as ‘Lilliput’. 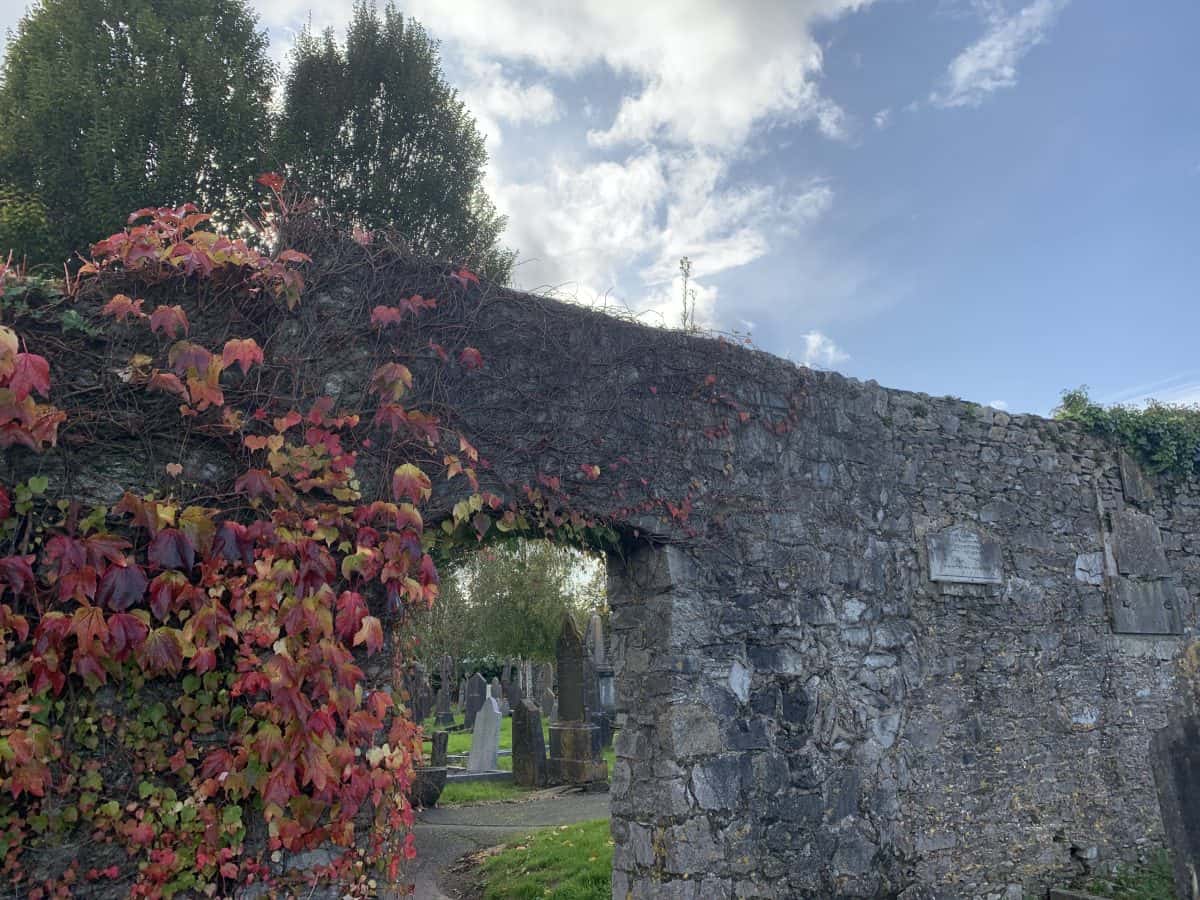 Having leased the fields, they enlisted the help of the Scottish botanist James Drummond. Then just 21, Drummond arrived in Cork to curate a collection of plants and trees donated by The Horticultural Society of London to fill the garden, focusing part of his work on testing varieties that could be of use to Cork’s farmers.

He worked in a large glass house, surrounded on all sides by plant beds. According to local lore, he once shot a thief as they tried to make off with a stolen plant.

The Botanic Gardens operated for 20 years until the British government withdrew funding for the project. Drummond and his Cork-born wife Sarah Mackintosh would have six children during their time in the city, later moving their family to Australia, where he became one of the most successful collectors of Western Australian plants of his time.

With the project abandoned, the gardens were bought by teetotalling priest Fr. Theobald Mathew (yep, the Fr Mathew whose statue sits at the top of St Patrick’s Street), who declared it a cemetery for the city’s poor.

The original graveyard was laid out in a style inspired by the Père Lachaise cemetery in Paris, which still attracts 3.5 million visitors who come to visit the graves of Oscar Wilde, Jim Morrison, Édith Piaf and Chopin every year. 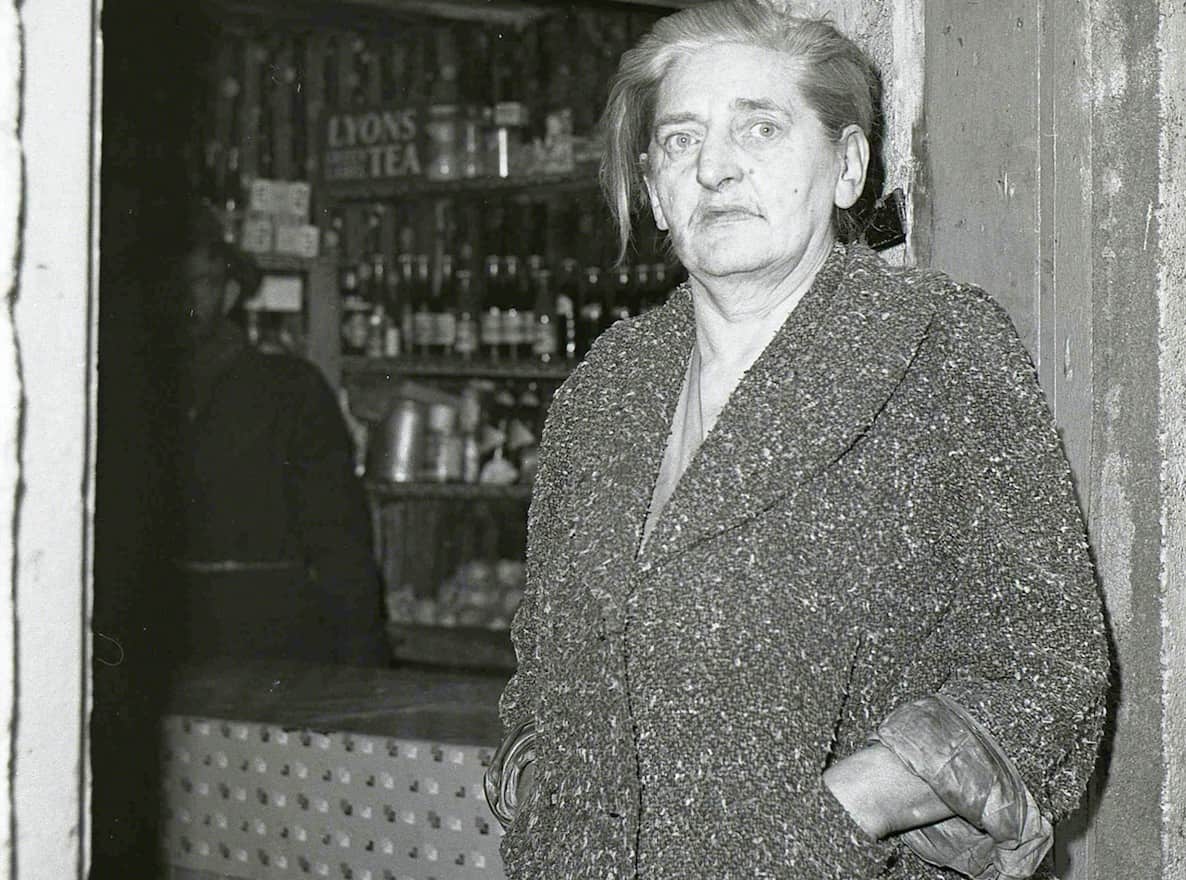 Not to be outdone, Saint Joseph’s Cemetery cemetery is the final resting place of a few famous faces too. Hollywood star Edward Mulhare is buried in the family plot (fans still leave love letters to him on his grave), as is famous publican and Coal Quay shawlie Kathy Barry (pictured above).

Fr Matthew was interred there himself in 1856 and was originally buried under a cedar tree in the middle of the graveyard. The tree is long gone, but the grave is right in the centre inside the old Botanic Garden walls. 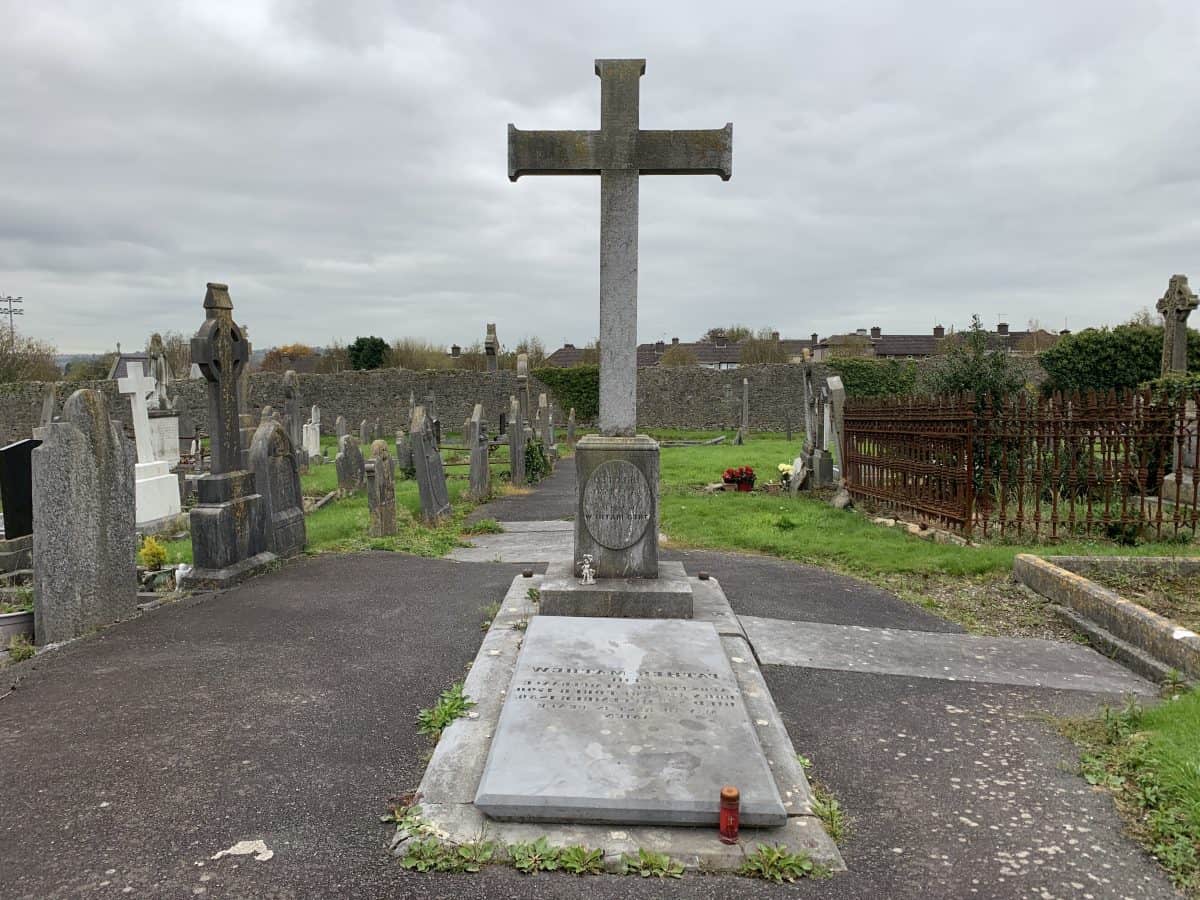 He probably wouldn’t have been thrilled to be joined in the neighbourhood by Paddy O’Flaherty, a whiskey seller who hawked so many bottles all over Ireland that the distillers eventually named their Paddy whiskey after him, years later.

Famous Fenian and Irish Nationalist James Mountain is buried near the Lyons family mausoleum in the north-eastern section of the graveyard and more than 10,000 victims of the Irish Famine are buried in one mass grave towards the middle.

Back in the 1800s, grave robbing was an easy, if grim, way to make a fast buck. As well as pocketing jewellery and trinkets buried with the dead, grave robbers would often steal an entire corpse to sell to doctors researching human anatomy.

Worried families would erect huge metal cages over the fresh graves to prevent robbers from disturbing them. These have now been removed but they would have been part of the landscape at St Joseph’s back in the day. 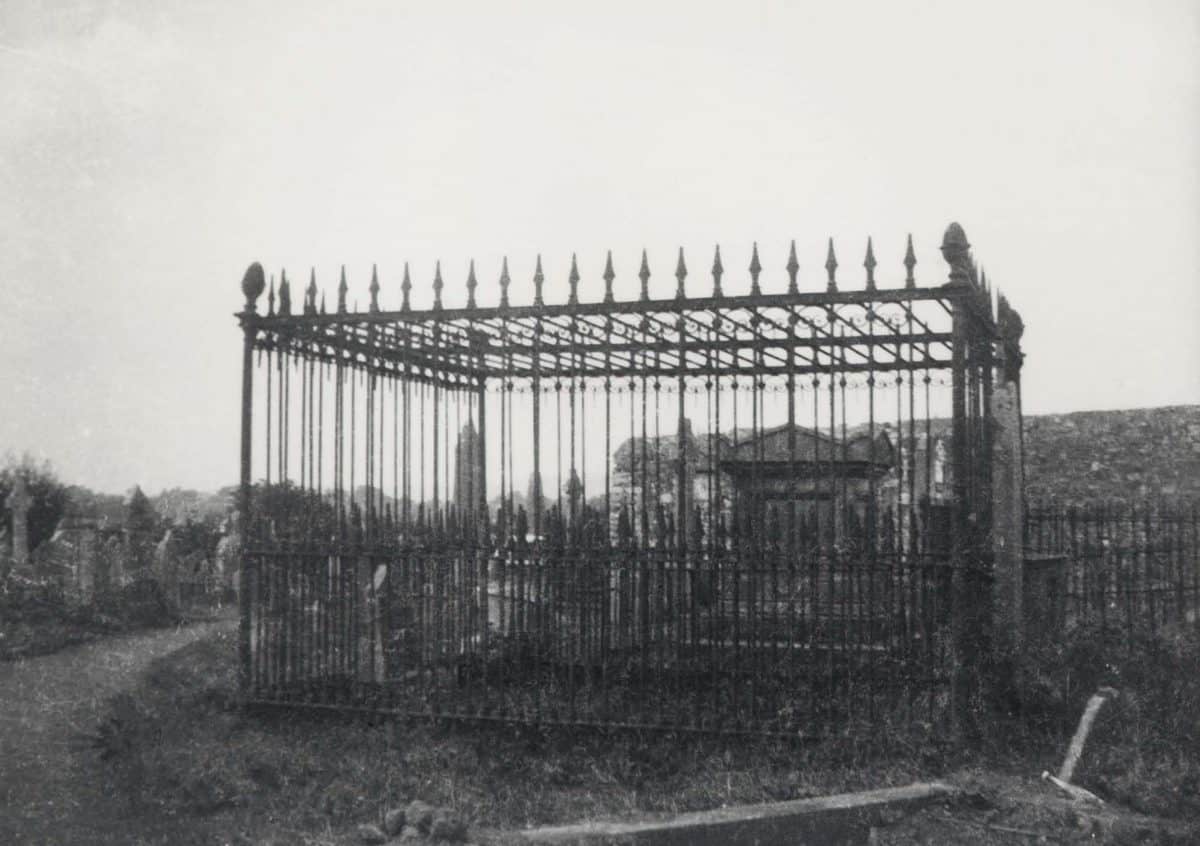 Among the most unusual monuments is a vault belonging to Murphy and O’Connor, one of the first you’ll see as you enter through the front gates.

According to a 1837 description in A Topographical Dictionary of Ireland, “it consists of a sarcophagus of Portland stone resting on a base of limestone. On the sarcophagus is the figure of a mourning angel, as large as life, of white Italian marble, wrought in Rome by Mr. John Hogan, a native of Cork”. 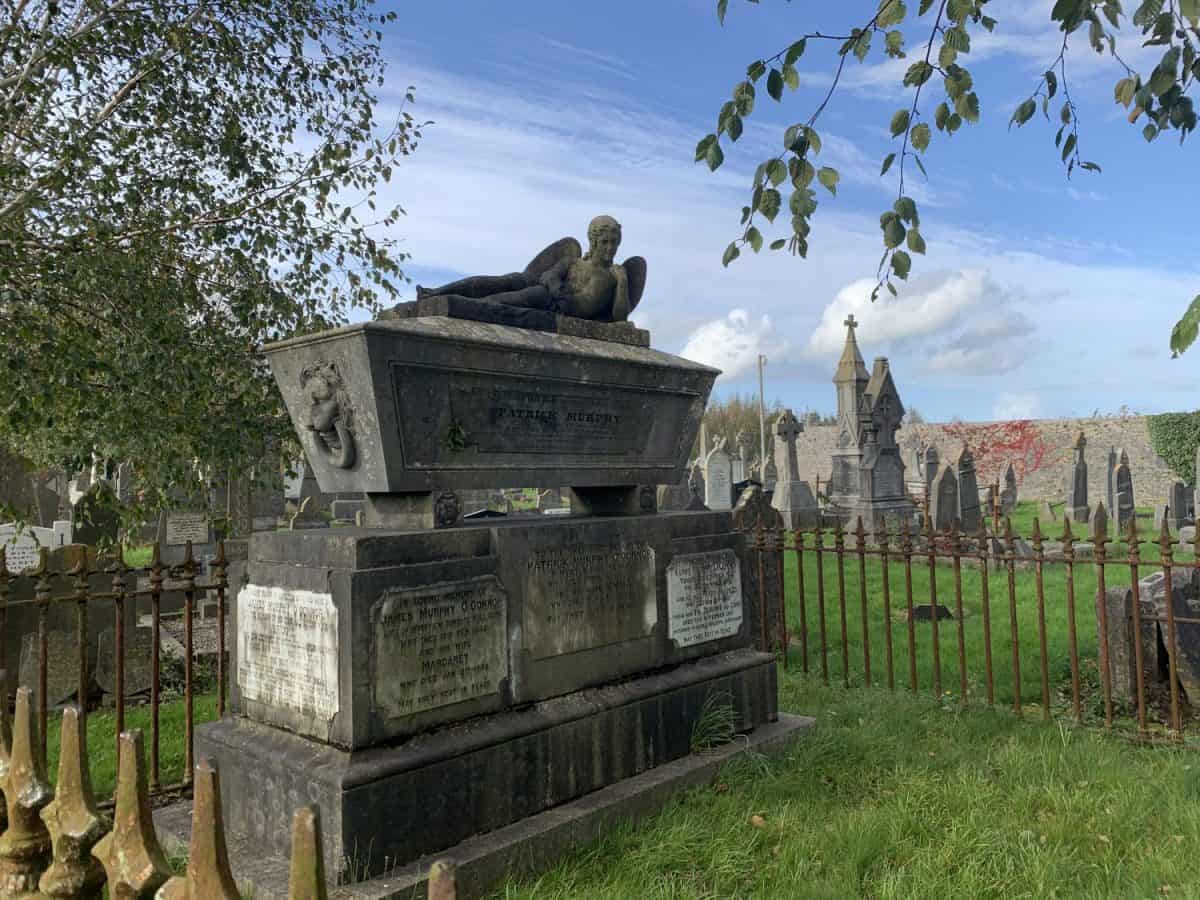 A huge Celtic cross designed by Richard Rolt Brash and cut by Patrick Scannell marks the grave of the antiquarian and historian John Windele (1801-1865).

History buffs note that his book Historical and Descriptive Notices of the City of Cork and Its Vicinity is one of the best books on 19th century Cork. 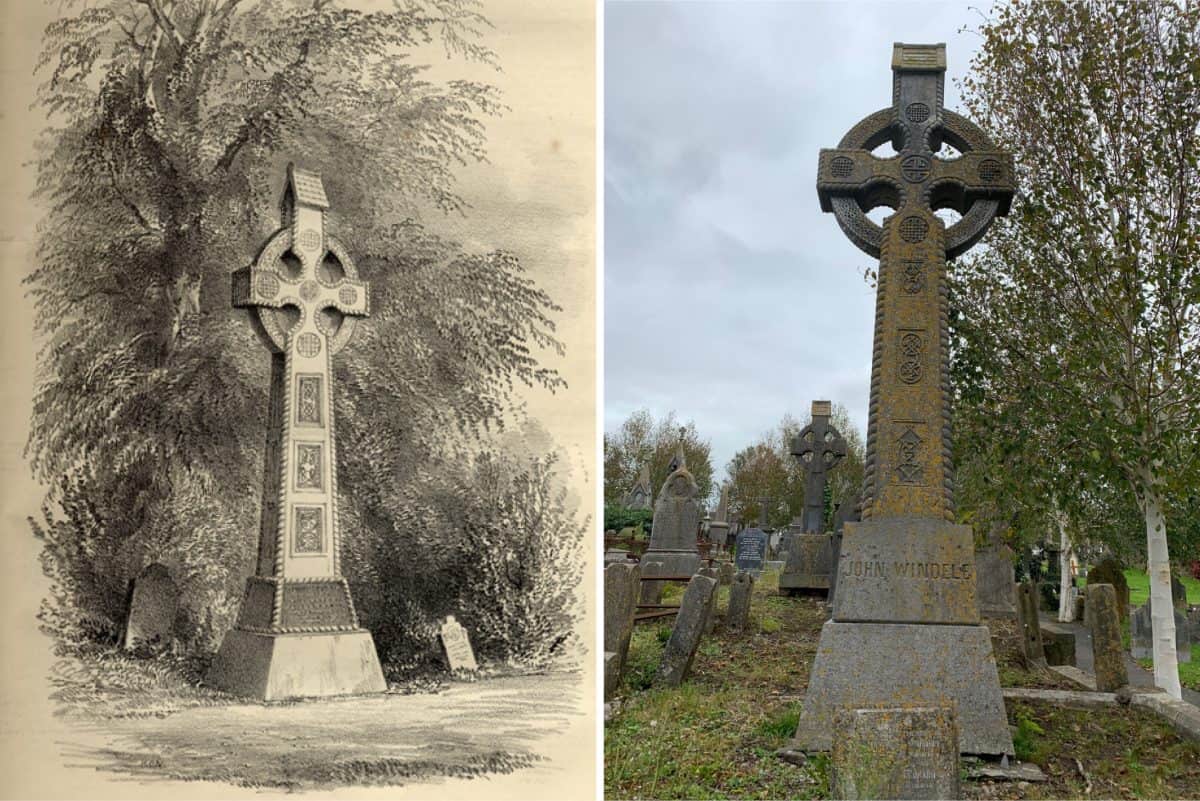 An ode to a poet

A Celtic cross by sculptor and marble cutter Samuel Daly is a monument to the patriot and poet Edward Walsh, who lived in Millstreet. The monument is inscribed with an epitaph in Irish and English.

Built around 1860, the limestone mausoleum contains the remains of the Lyons family, who made cloth at their factory on South Main Street and sold it in various city warehouses, even clothing the Cork’s orphans. Its beautiful doors and windows remain blocked up. 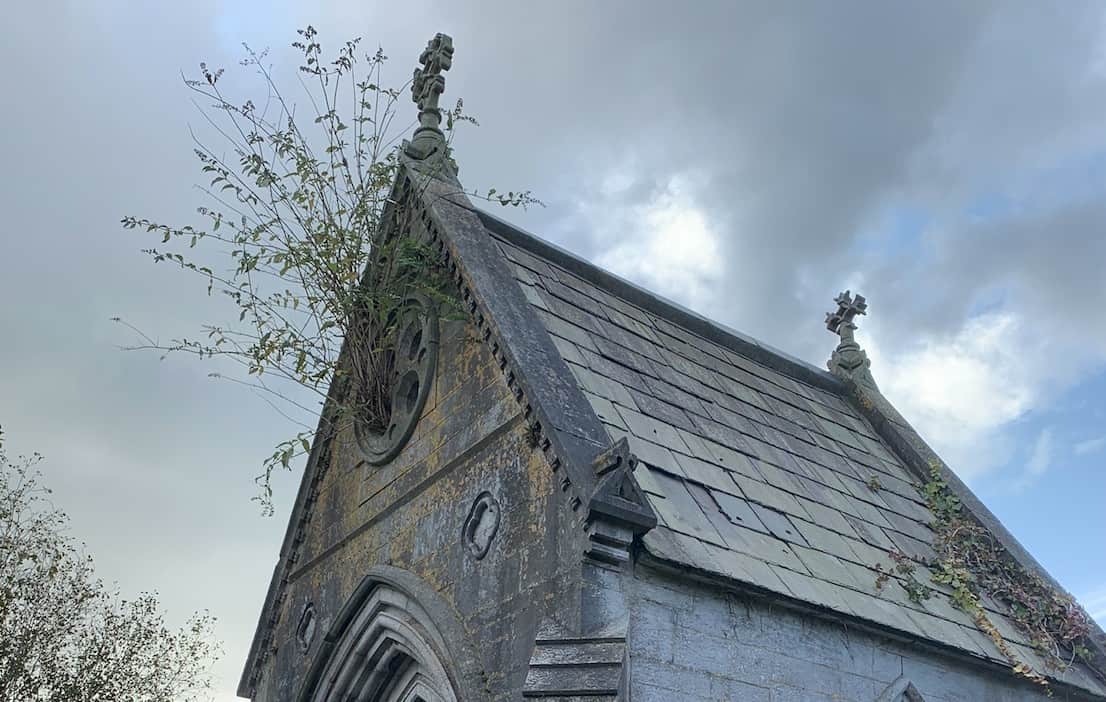 There are countless other fascinating and unusual monuments to check out inside St Joseph’s Cemetery, most of the larger ones dating from the 1800s. 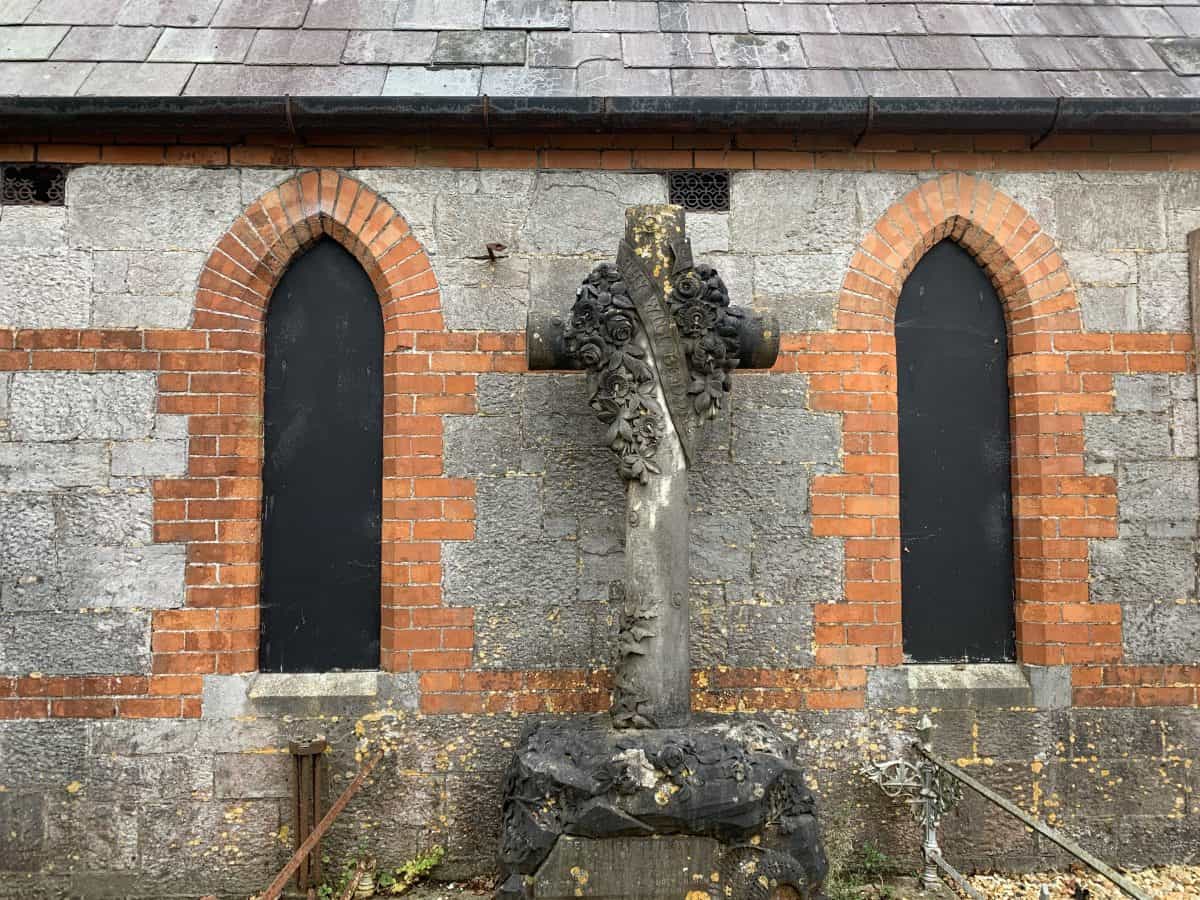 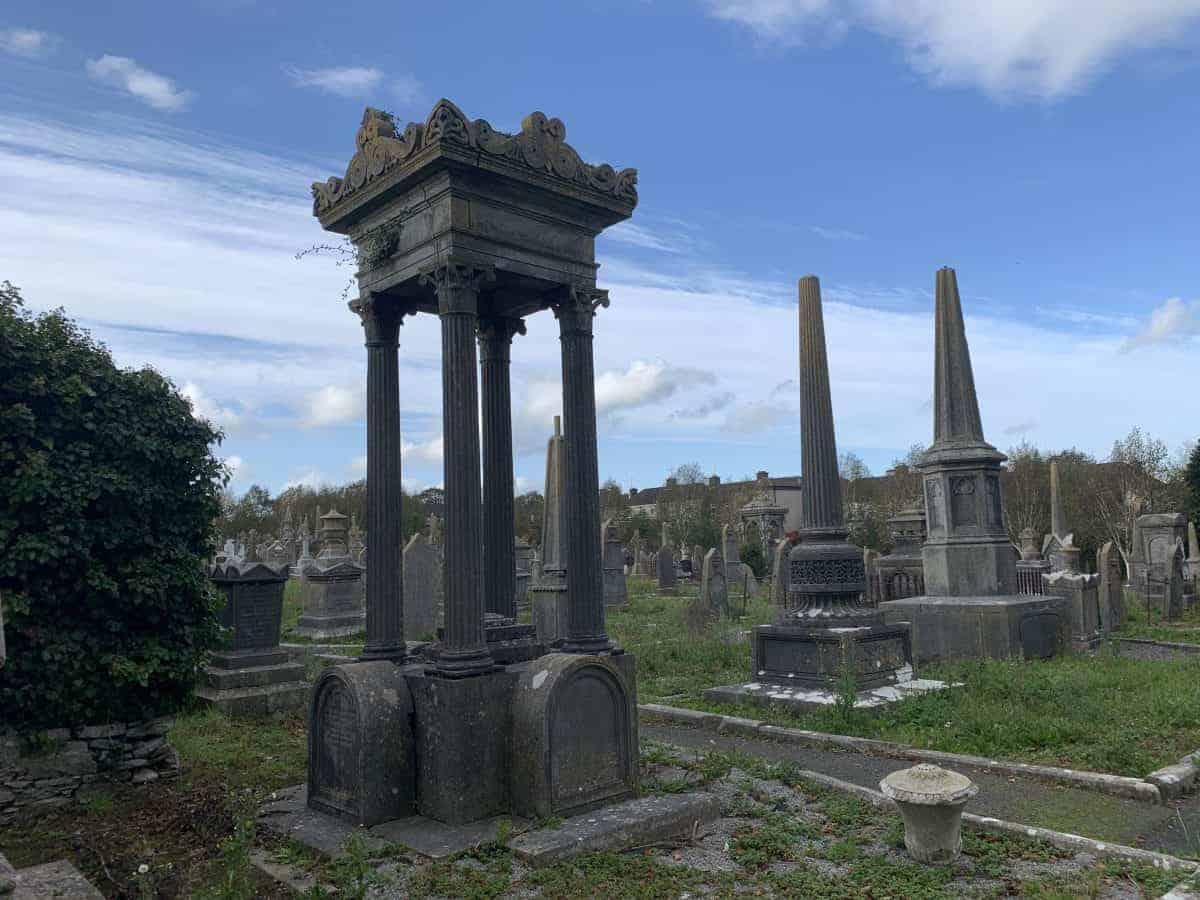 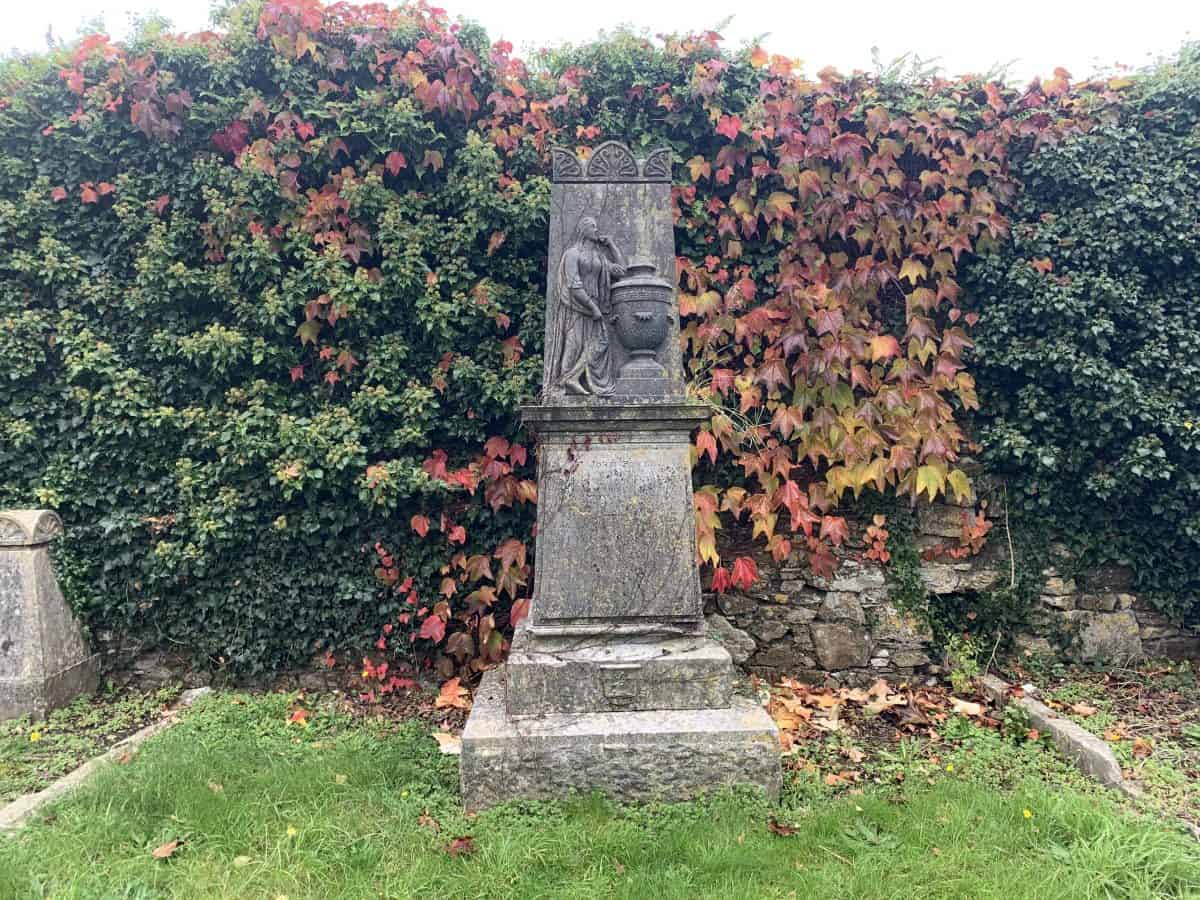 It’s not known if any of James Drummond’s planting remains, but it would be an interesting investigation for a botanist with a bit of time on their hands.

Planning a stroll around? Please be mindful that the graveyard is still in use and be respectful of its many residents and their families.

Michael O’Leary via Cork City Libraries/Cork Past and Present 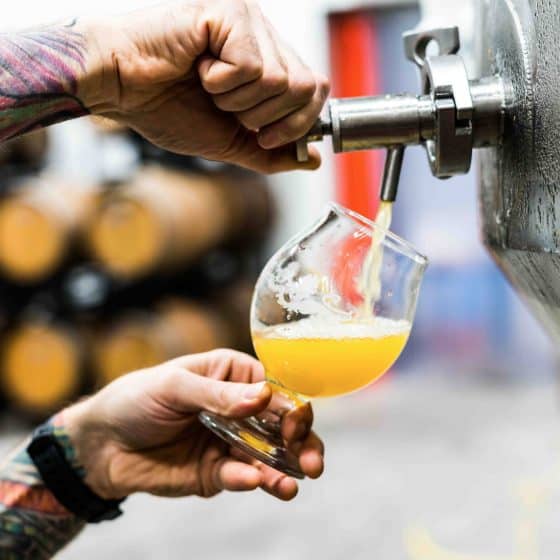 If you enjoy the newspaper classified ads, you’ll love this quirky event 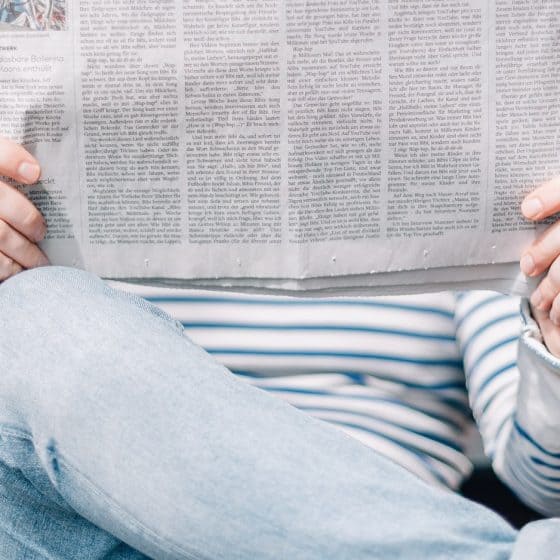 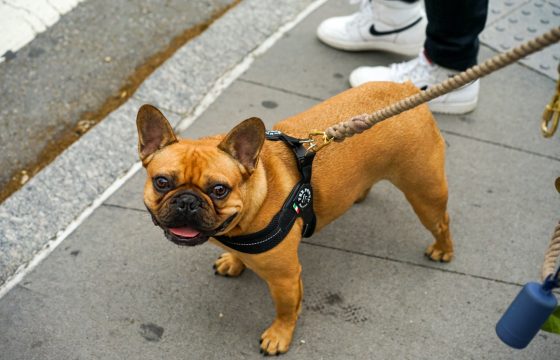 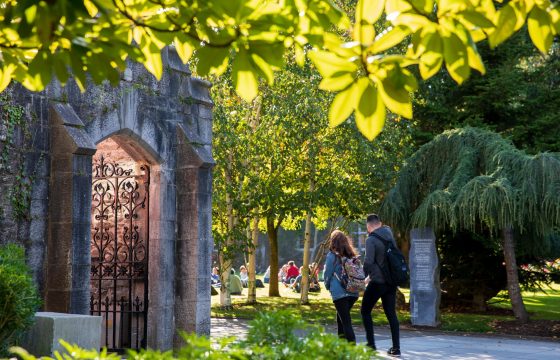